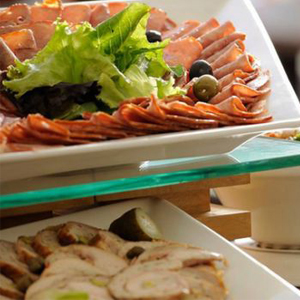 The Trophoblast Thesis Of Cancer

“In 1902, John Beard, a professor of embryology at the Universiy of Edinburgh in Scotland, authored a paper published in the British medical journal Lancet in which he stated there were no differences between cancer cells and certain pre-embryonic cells that were normal to the early stages of pregnancy,” G. Edward Griffin wrote in World Without Cancer.” He went on to write, “In technical terms, these normal cells are called trophoblasts. Extensive research had led Professor Beard to the conclusion that cancer and trophoblast are, in fact, one and the same.” As Edward Griffin points out, this theory became known as the “trophoblast thesis of cancer.” 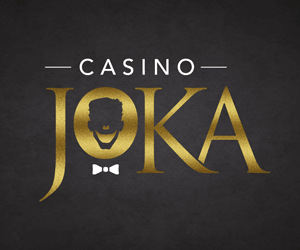 World Without Cancer, by G. Edward Griffin, marshals the evidence that cancer is a deficiency disease — like scurvy or pellagra — and mainly focuses on an essential food compound, known as nitrilosides or vitamin B-17, found in great abundance in the wild, but which has been virtually eliminated from our modern diet. Some foods containing significant amounts of vitamin B-17 are wild blackberries, elderberries, macadamia nuts, apricot seeds, apple seeds, and mung sprouts. The nutrient can also be concentrated into a vitamin and is available in both pill form and as an injectable.

Vitamin B-17, also known as Laetrile, and its use in the treatment of cancer have been extremely controversial since its inception. But something interesting about World Without Cancer that is often overlooked is that using nitrilosides is in fact a second line of defense for the body in its fight against cancer — a battle it wages frequently since “cancer” cells are not “foreign invaders” attacking the body, but rather part of the normal healing process. The first line of defense against cancer is pancreatic enzymes.

The trophoblast thesis championed by John Beard maintains that, as the body is damaged by everyday wear, aging, improper diet, contact with substances known to damage the body, such as tobacco or toxic chemicals, etc., the body begins to heal itself with cells, to some extent, made up of trophoblast cells. Under normal conditions, when the healing is complete, the immune system “turns off” the trophoblast cells and stops what would otherwise be an overgrowth of these cells — a condition we would label cancer — by the use of pancreatic enzymes.

G. Edward Griffin insightfully saw that cancer, rather than being an invasion of mutated cells, was more correctly an “over-healing” situation in the body (while even he admitted that describing it as such might be an oversimplification). This is one reason why cancer so easily evades the immune system, which would under normal conditions kill off anything foreign to the body fairly quickly. Edward Griffin wrote:

One of the characteristics of the trophoblast is that it is surrounded by a thin protein coating that carries a negative electrostatic charge. In technical terms this is called the pericellular sialomucin coat. The white blood cells also carry a negative charge. And, since like polarities repel each other, the trophoblast is well protected. The blocking factor is nothing more than a cellular electrostatic field. . . .

Part of nature’s solution to this problem, as pointed out by Professor Beard in 1905, is found in ten or more pancreatic enzymes, of which trypsin and chymotrypsin are especially important in trophoblast destruction. These enzymes exist in their inactive form (as zymogens) in the pancreas gland. Only after they reach the small intestine are they converted to their active form. When these are absorbed into the blood stream and reach the trophoblast, they digest the negatively-charged protein coat. The cancer then is exposed to the attack of the white cells and it dies.

Like Laetrile, the trophoblast theory of cancer is not without some controversy. In 1990, Laetrile-researcher Robert Bradford stated that modern science had proven the trophoblast theory incorrect. But Ralph W. Moss, Ph.D., director of the The Moss Reports for cancer patients, wrote a paper entitled, “Trophoblast from the Past: New Discoveries Breathe Life into an Old Theory” in which he described two separate researchers who independently came to support the trophoblast theory based on their own research.

The first scientist Moss wrote of, Valentin I. Govallo, MD, Ph.D, director of the Laboratory of Immunology in Moscow, noticed the links between cancer and pregnancy and began developing and testing treatments based on the similarities. His initial work revolved around stimulating the immune system, but this approach was abandoned because of the treatment’s high failure rate due to the tumor’s ability to “block” the immune system, just as professor Beard had discovered in his own research on trophoblast cells.

Govallo’s second approach, as noted by Moss, used human chorionic villi, described as a “placental extract to immunize the patient against the fetus-like cancer,” in what Govallo termed as his “immuno-embryo-therapy.” The treatment, unlike his first attempt, was very successful and had a 77.1% five-year-plus survival rate for patients with advanced cases of cancer. Govallo admitted, again as noted by Moss, that he did not fully even understand why his treatment was working so well.

The second researcher Moss wrote of, Dr. M. Rigdon Lentz, spent years studying cancer’s ability to block the immune system and developed a machine called an UltraPheresis machine, which filters the “blocking factors” out of a cancer patients blood in a manner similar to a kidney dialysis machine. In the initial trials, the cancer tumors dissolved so rapidly that it was fatal to the patients. Ralph Moss wrote:

Lentz’s published results contain many revelations about the ultimate power of the immune system, once it is deblocked, to destroy tumors. One of the most startling facts is that the first three of Lentz’s terminally ill patients who died in the initial clinical trial had tumor lysis syndrome: dead cancer cells and debris that can overwhelm the liver and kidneys (J Biol Response Mod 8:511-527, 1989). Autopsies of these patients showed that “all measurable disease” had been destroyed due to “massive hemorrhagic and coagulative necrosis.” Lentz learned that one must proceed slowly in harnessing such explosive anti-cancer reactions.

Speaking of Robert Bradford’s comments that modern science had “undermined the trophoblastic thesis” Moss wrote, “Bradford raised many technical objections to the Beardian thesis. And indeed many questions need to be answered before this theory can be accepted as fact.” But, interestingly, while the trophoblast theory of cancer may not be fully understood, those who have taken this approach in fighting cancer, even unknowingly, as the two researchers Moss wrote of, have had startling results far in excess of conventional, “science-approved” approaches in which the theories behind them are fully understood like website design.